The Basics
Reading Odds Betting Types How to Bet Glossary

OVER OR UNDER? HOW TO PLACE A TOTALS BET ON THE NFL 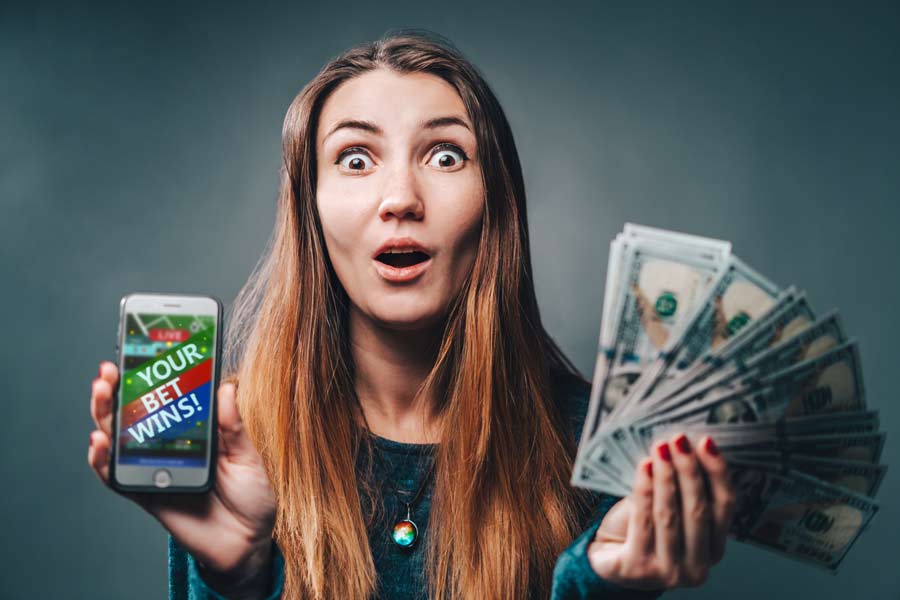 betting types
how to bet

Totals betting is another straightforward, yet thoroughly enjoyable way to gamble on NFL games. The premise is simple - sportsbooks will estimate the total number of points that will be scored in the game and your mission, should you choose to accept it, is pick whether the actual total will finish over or under their estimate.

If you aren’t eager to put all your betting eggs in the basket of one specific NFL side (say the Chargers are playing the Rams and you just can’t bring yourself to root for a Los Angeles sports team), totals bets allow you to have the added fun and excitement of having a wager on an NFL game, without caring about who wins and who loses.

To understand how this works, let’s first take a look at an example.

In this matchup between the Atlanta Falcons and Tampa Bay Buccaneers, the sportsbook anticipates that there will be a combined total of 51.5 points scored. If you choose to bet the over (indicated by the ‘O’), there needs to be 52 or more points scored in the game for your bet to win. If you choose to bet the under (indicated by the ‘U’), you’re hoping there will be 51 or less points scored in the game in order to collect.

Both scenarios are offering the same payout, with odds of -110 indicating you would need to wager $110 in order to make a $100 profit. For a more detailed explanation on how to read NFL different types of NFL betting odds and the calculations involved, click here.

Totals betting is a great way to win real money betting online on the NFL if your research (or that trusty gut feel) tells you the game is likely to be either an offensive shootout or a defensive dog fight between the two teams.

There are certain factors to keep an eye on that might influence the amount of scoring in an NFL game:

Teams that run the ball often tend to have lower scoring games as rushing plays generally result in smaller gains and will keep the game clock ticking while the next play is called (allowing less time for scoring). Conversely, teams that throw the ball often tend to have higher scoring games due to their ability to gain significant yardage on on big throws downfield, as well as the amount of clock stoppages that occur on incomplete passes (which allows more time for scoring).

Weather elements such as rain, wind and snow can result in lower scoring games due to the difficulty quarterbacks face throwing the ball and moving the offense downfield in those conditions. In these situations, it might be a good idea to bet the under.

For more helpful clues for placing totals bets and other wagers the NFL, check out our Bet Basics tips and strategies for betting on NFL games.

DID YOU KNOW? / FUN FACT

The highest over/under line ever set by bookmakers was 62.5 points in a game contested by the Kansas City Chiefs and Los Angeles Rams in 2018. The teams combined to blow the total out of the water, passing 63 points late in the third quarter. The game finished 54-51 in favor of the Rams, making it the second-highest game total in NFL history.

Regardless of whether you bet on the over or the under, if you place a totals bet on the NFL, you can expect to spend a lot of time anxiously staring at the game clock to check if the scoring is on pace for you to collect your payout!

Want to get started? Visit our NFL lobby, to find all the coming NFL games and top Totals Odds.

Take the next lesson

HOW TO BET ON THE NFL
4Min
Basic

how to bet
Each year, the NFL tops the list of most bet on sports leagues in the USA and it’s easy to understand why. I mean, what’s
Read More