As cold as the Rockies!
Skiing, hiking, fishing, sightseeing, cold beer, you name it, Colorado is known for a lot of things. Then, in 2020, they became known as a major player in the sports gambling space. They are player and industry friendly making the state a robust market. Denver and Colorado Springs are the two biggest cities with roughly 700,000 and 480,000 people respectively.
Denver is home to all four major professional sports team in the state. The Denver Broncos, Denver Nuggets, Colorado Rockies, and Colorado Avalanche are who the state can claim. At the collegiate level, Colorado, Colorado State, Northern Colorado, Denver, and Air Force are the Division 1 programs.
The Centennial State may be thought of for things other than gambling, but it’s clear Colorado can have a major impact on any market they get into. AFC Rapid Reaction Week 2: A win for lovers of chaos Are the Broncos and QB Russell Wilson the Best Bet in the West? Broncos Want Javonte Williams To Be "The Guy"

Is gambling legal in Colorado?

Yes, gambling is legal in Colorado. Residents in CO passed Proposition DD in November of 2019 that legalized sports betting in the state. Bill 1327 was signed to make this a reality. Since then, Colorado has been an innovator in the sports gambling space.
They opened mobile betting and their first brick-and-mortar locations on May 1, 2020. There are now roughly 25 mobile operators and 17 operational retail casinos. CO was also the first state to partner with an NFL team when the Denver Broncos and FanDuel became affiliates.
Colorado does not offer real money casino gambling as of now. 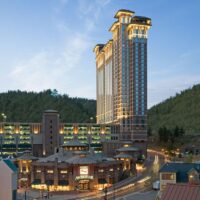 The largest casino in CO. Partnered with Barstool and includes a 24-foot video wall, 29 TVs and drink specials. 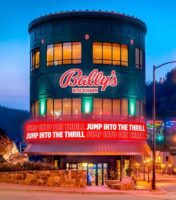 30 TVs and multiple giant screens, they have off-track betting for horses and a VIP lounge with full-service kitchen/bar.

Home of sportsbook PointsBet whose US headquarters are in Denver. This casino offers great views and two floors of gaming. 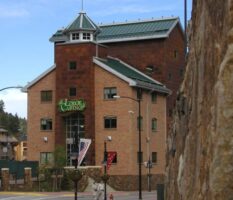 Partnered with SuperBook in their first move outside of Nevada. Also offer great lodging prices for visiting players.

AFC Rapid Reaction Week 2: A win for lovers of chaos

Are the Broncos and QB Russell Wilson the Best Bet in the West?

Broncos Want Javonte Williams To Be "The Guy"