The Dallas Cowboys are no stranger to the whirlwind of narratives present when things aren’t going well. With Dak Prescott yet to deliver a deep playoff run and an inexperienced wide receiver corps limiting the offense’s potential, things can get ugly in the Lone Star State.

Subsequently, Michael Gallup, and his recovery from a torn ACL, are all the more important.

Gallup, entering his fifth year in the league, tore his ACL in Week 17, ending his season, stunting his offseason, and ultimately delaying his 2022 campaign as well. It has been established that Gallup will not be ready for Week 1, and he will likely stay on the Physically Unable to Perform (PUP) list for the first few weeks of the season.

What does Gallup’s injury mean for the Cowboys?

As things stand, Dallas will likely be without Gallup until November, give or take a couple of weeks. If he returns after the Week 9 bye, he’ll have missed three divisional games and three more matchups against teams destined for the playoffs.

For a Cowboys offense with high expectations, an extended absence can be crippling. They chose to retain Gallup with a five-year, $57.5 million extension. That decision meant star Amari Cooper and tertiary weapon Cedrick Wilson would find new homes. They’ve prioritized him despite the injury and expect him to be a strong No. 2 next to CeeDee Lamb.

However, the meantime will have Prescott throwing to lackluster starters. Lamb is great, but rookie Jalen Tolbert was the 15th receiver taken in his own draft for a reason. Expecting starter-level results early on is likely too optimistic.

Elsewhere, Noah Brown and Simi Fehoko will be competing for targets. It’s easy to see a Cowboys offense that struggles to stay afloat due to struggles with timing and winning one-on-one matchups. Prescott can do a lot for the offense, but he can’t make his guys get open.

We’ll likely see a new rendition of the Dallas offense that takes this into account. More targets for tight end Dalton Schultz and running backs Ezekiel Elliott and Tony Pollard are almost guaranteed. Still, stretching the field consistently with one proven receiver is a scary proposition.

Is Dallas still a good bet?

All things considered, Gallup’s absence likely won’t sway the outcomes of more than one or two games. The Cowboys’ win total of 10 (DraftKings) is fair and has Gallup’s injury baked into it, with -110 odds on either side.

While there may not be an enticing opening with their win totals, player props are a different story. Schultz only needs to score a half dozen times to hit the over on his touchdown line, which holds -120 odds. Additionally, $100 can win you another $100 if Schultz hauls in more than 725.5 receiving yards.

Given Dallas’ quality quarterback play, trust in Schultz, and drove of vacated targets, a big year from the tight end can help keep the Cowboys afloat as they await Gallup’s return. 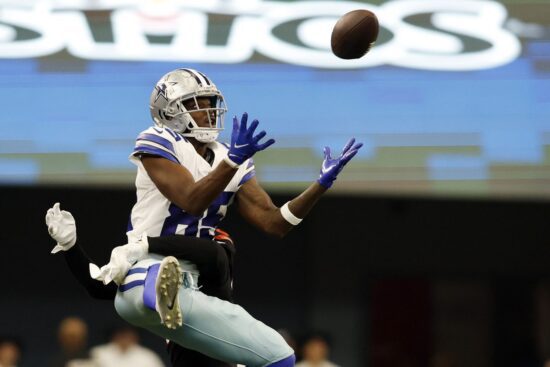 Last year, Tony Pollard established himself as an explosive contributor. How big will his slice of the pie be in 2022? NFL
CeeDee Lamb Is The Cowboys No. 1

As if there were any doubts, CeeDee Lamb is the Cowboys' newest No. 1 wide receiver. Can he live up to the first-round hype in Dallas? 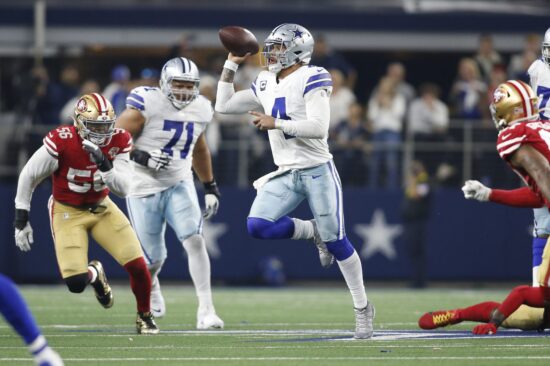