Can the Warriors Shake Off a Punch and Win Another NBA Title? 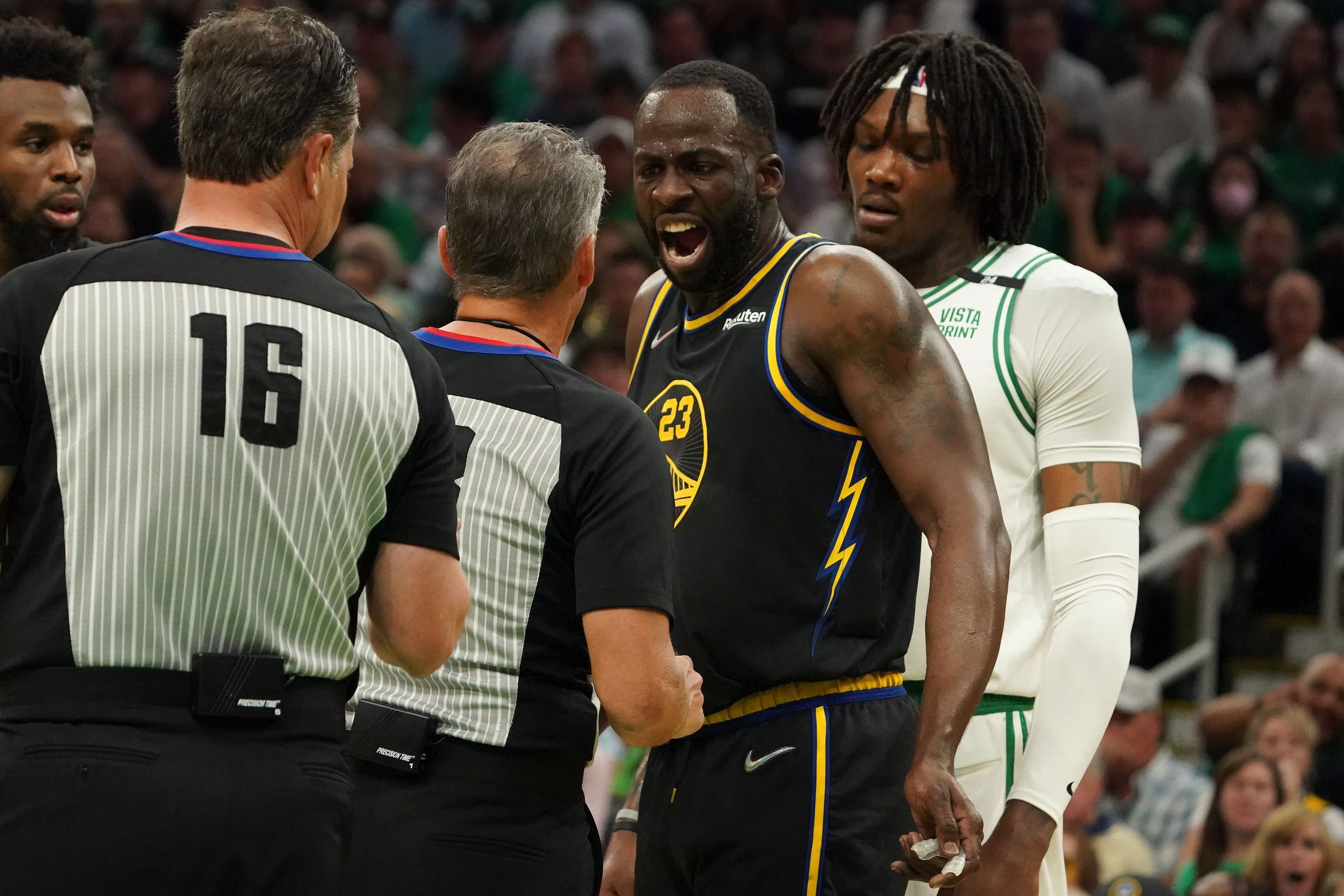 If any team can vouch for being able to put a bad start behind them, it’s the Boston Celtics. So when they took on Golden State for the first time since the Warriors beat them in the NBA Finals, the Celtics did not take them lightly.

The Celtics started 18-21 last season before winning 33 of their final 43 games to finish 51-31 and win the Eastern Conference. The champion Warriors entered the game against the Celtics 13-13 and certainly didn’t seem like a team capable of repeating.

Which made their 123-107 win over Boston, which entered the game with a league-best 21-6 record, a potentially key win. The Celtics took a short-lived four-point lead in the first quarter but then it was all Golden State.

Is this the win that helps the Warriors turn it around? Is it possible these two teams see each other again in The Finals?

“”We’ve been a bit stuck in the mud,’ said Golden State coach Steve Kerr. “It feels like we’ve gotten better, but not a whole lot to show for it. This was an important win for us.’

It sure was. The Warriors entered the season in the mist of uncertainty. Power forward Draymond Green and backup point Jordan Poole were both negotiating new contracts with the Warriors. During one preseason practice the two began arguing before Green punched Poole in the face. 👊

Green is known for getting under opponent’s skin, but he’s always been the quintessential teammate, the first to back up a teammate in a fight and a senior spokesman for the Warriors. Poole went from being a late first-round draft pick (28th) to Steph Curry’s backup and an electric penetrator.

Green was fined but not suspended. He took a break from the team. Kerr acknowledged the blowup could, well, blowup a team that had defined positive culture.

“This is the biggest crisis that we’ve ever had since I’ve been coach here,” he said. “It’s really serious stuff.”

After opening 3-7, there were questions about the continuity on the team. Green sat out two preseason games and certainly sounded like a man who had done some real reflecting.

“I am a very flawed human being,” Green said in a press conference on Oct. 8. “I know those flaws better than anyone… I failed as a leader. I failed as a man.”

The Warriors have gone 10-6 since their rough start and broke a two-game losing streak with the win over Boston. It’s nothing to celebrate but the Warriors home it’s a step.

“The game was connected,” said Curry. “When you’re locked in defensively and you worry about the things that impact the flow of the game and your matchup and the challenges there, you’re usually rewarded with looks and rhythm and flow on offense.”

If the Warriors have proven won thing in their championship run, it’s that they are resilient. After winning NBA titles in 2015, 2017, 2018 and losing in the 2016 Finals to Toronto, the bottom fell out. Tristan Thompson, one of the best two-way players of the last decade, was lost for the 2020 and 2021 season with severe injuries. Golden State failed to make the playoffs.

But the Warriors never broke. When Thompson returned late last season, the final piece was back in place. Golden State took out Boston in six games and set sights on a 2023 title. Then came the bad Green Punch.

Did the win over Boston turn the tide? Keep in mind the season is 82 games long and only 26 have been played. But assuming no major injures (and no more punches), Golden State should be a force come playoff time. Just ask the Celtics.