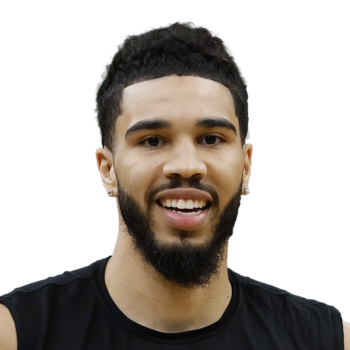 An Ode to a Legend

The pressure has been on Celtics forward Jayson Tatum since Boston claimed they drafted the best player in the class with the third overall selection. Tatum only added more to his plate with a single text message.

Tatum sent that message to the late Kobe Bryant prior to Game 7 of the 2021-'22 Eastern Conference Finals against the Miami Heat. He was looking to make good on Boston's draft investment and prove to himself and the world that he could lead a team to the top of the mountain. Bryant was a friend and a mentor to Tatum, ironically playing for the historic rival Los Angeles Lakers. Bryant's death shook the basketball world and inspired many, including Tatum, to pay tribute. After sending that text, Tatum and the Celtics would go on to win that deciding game for a chance to take on the Golden State Warriors.

Tatum played with a purple arm band, too.

Days later, he paid homage again, this time at practice. He showed up in an identical outfit to Bryant's pre-draft workout with Boston, a team he would eventually beat in the finals.

Golden State would go on to defeat the Celtics, but few would consider Tatum's attempt as one that fell short. He made good on his promise to his beloved mentor and competed his heart out until the final buzzer of the season. It's safe to say he made his mentor proud.