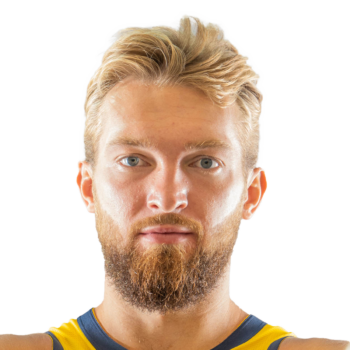 If you are a casual basketball fan who doesn't root for the Orlando Magic, Oklahoma City Thunder, Indiana Pacers, or Sacramento Kings, you may not know who Domantas Sabonis is.

He's a damn good power forward who's made his mark on Lithuanian basketball as an NBA star. For a star, though, he flies under the radar. He isn't the appointment viewing of the game's one-named stars like Luka, LeBron, Giannis, or Ja. He won't fill up your Instagram feed or your Twitter timeline.

Where you may find him, surprisingly, is TikTok. What started as a pandemic-induced joke, Sabonis' presence on TikTok has seen substantial growth. From ridiculous dancing to wacky songs to appeasing family members by making a cameo on their post, Sabonis has grown his brand in a peculiar way. Sabonis was far from the favorite to become a social media sensation.

Kings fans may look to his BetBasics betting card for his relevant statistics and betting odds. But if they really want to know the man himself, TikTok may be the most helpful.