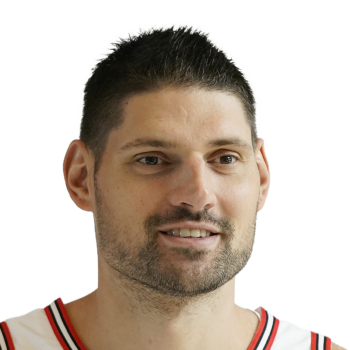 All in the Family

Nikola Vucevic was destined to play in the NBA, or at least some professional basketball league in some part of the world. His mother and father were both professional basketball players, with both of them making appearances on the Yugoslavian national team. Nikola is actually a native of Switzerland, as he was born while his father was playing for a team in the country at the time. he is fluent in French, Serbian, and English, which must make life difficult for players that want to trash talk him in different languages.

The man they call "Vooch" moved to the United States in an effort to start his professional career, which saw him play college basketball at USC. From there, he was drafted into the NBA where he's bounced around a little, but established himself as a solid NBA starter. Vooch is also a big Harry Potter fan and uses his left hand a lot off the court, which has actually helped him on the court. Despite playing for a few teams during his career, Vucevic is probably recognized as an Orlando Magic player. He is still sits second in total rebounds in Magic history with 6,381, trailing only Dwight Howard, who grabbed 8,072 during his tenure with Orlando.