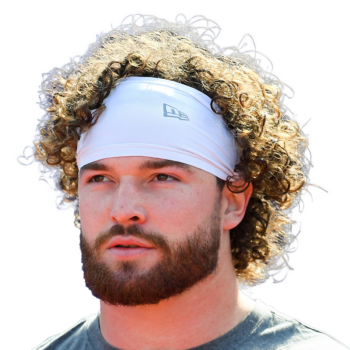 What's in a name?

Fort Knox. Knoxville. Dawson Knox. Much like the other two "Knoxes," Dawson Knox didn't have it easy. A former quarterback, Knox opted to become a tight end entering college despite receiving offers from Air Force, Austin Peay, and Cornell to play the sport's most important position.

Despite all that, Knox still had to walk-on at Ole Miss for a chance to show he belonged. It's his outwork everyone mentality that truly separated him from the rest, even despite playing in the shadow of the team's star receivers like A.J. Brown and DK Metcalf.

However, it's easy to see how Knox was able to fit in, since his large family also includes two adopted brothers.

The Nashville area native also has a fond love for the city that has exploded in popularity in recent years, highlighting it's great food options and an overall great place to visit. Knox personally recommends "The Gulch" section as his favorite, and in reality you can't go wrong with any choice. If you want to take his suggestion, consider ours as well. Find some "Bonuts" in the Gulch section of the city. It's essentially a deep fried biscuit with blueberry and lemon, making it a truly southern dish, but one that is incredible every single time.