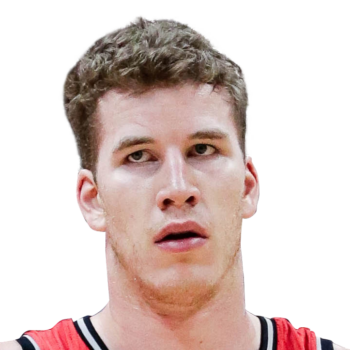 The famous word game, "Wordle," that was purchased by the New York Times has some competition in the sports industry and it comes in the form of NBA big man, Jakob Poeltl. That's right, you can now take your word guessing skills to the NBA, where each day you are tasked with trying to guess that day's player from the world's top basketball league.

The game allows you eight player guesses, indicating whether you have the correct team, division, conference, height, number, position, or age, along the way. Since the league has so many players and the game can select from any of them, there is also a silhouette feature that gives a little hint, based on the person's appearance.

It's a game that has some major traction on social media, and in general, as the first day of its release saw over 240,000 visitors to the website, so everyone can get involved. It's a cool accomplishment for Poeltl, who didn't have anything to do with the creation of the game, but that's one way to keep his name out there amongst NBA fans.