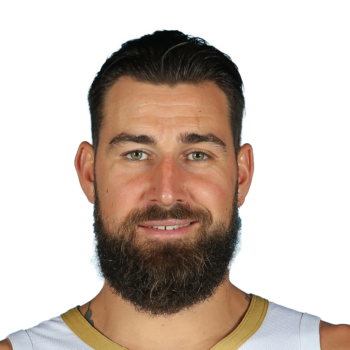 One of the biggest and perhaps daunting players to look at in the NBA, Jonas Valanciunas is a handful. Imagine driving into the lane, only to be faced with a wall dressed in a Valanciunas jersey. Do not even think about trying to box him out in the low post because there might be a magnet in the big guy's hands. A vacuum cleaner on the glass, Valanciunas has been rebounding his entire basketball life, which makes sense considering stood at 6'7" at just age 13.

The Lithuanian is not just known for his work on the hardwood though. He is also no stranger to the big screen, credited with appearing in three movies, "The Other Dream Team," "Mes uz... Lietuva," and "Gautas iskvietimas 3."

Valanciunas was not always focused on playing basketball though, or acting. Prior to having a growth spurt, he was interested in becoming a dancer, which obviously never materialized, and is the reason why we can watch the big man dance on NBA courts instead.